Panguitch is a name that originates from the Paiute Indians and has the meaning “Big Fish.” It is located near the mountains where you will surely find Panguitch Lake, a lake known for its huge number of large trout it provides.

The first people to ever settle in this area were the Native Americans. They had lived there for a long time until in 1864 when some Mormon pioneers settled in the area. At first it was called Fairview until years later it was changed to Panguitch. This was after the first settlers were evacuated by the Native Indians and later decided to go back there in 1871. This place is situated 6630 feet above the sea level in a mountainous countryside close to the Bryce Canyon.

This place is known for its short growing seasons and long, harsh winters. In their first year of settlement, the pioneers had it rough as winter came very early and their crops were covered by snow before they were even mature. This led to the leaders coming together and coming up with a plan to feed the starving community. In this, seven men volunteered to go and fetch for food in the neighboring Parowan community. This community was located on the other side of the mountain where they would find flour. They took their wagons and left. The journey was good at first but as they went on, the snow started deepening and they had to abandon their wagons to go on foot.

As they continued walking, they often fell through the crust of the snow. This made the journey much tougher. This is not until they came up with the idea of placing quilts on top of the snow and walking on them. At the end of one quilt, they would take the previous one and lay it down before them. They continued with this process until they reached the next community. The return journey was tougher as they had huge loads but with the help of quilt walking, they were able to feed that starving community and provide enough food for them to store.

If you make your way to Panguitch around spring, you will be able to learn all you would like to know on the “Quilt Walk” in the town’s Annual Quilt Walk celebrations. All the locals show some of the quilts they have made pieced or embroidered, hand-made or machine developed. In this festival, you get to eat the pioneer feast and get to watch the full story on the famous Quilt Walk by some of the local talent. 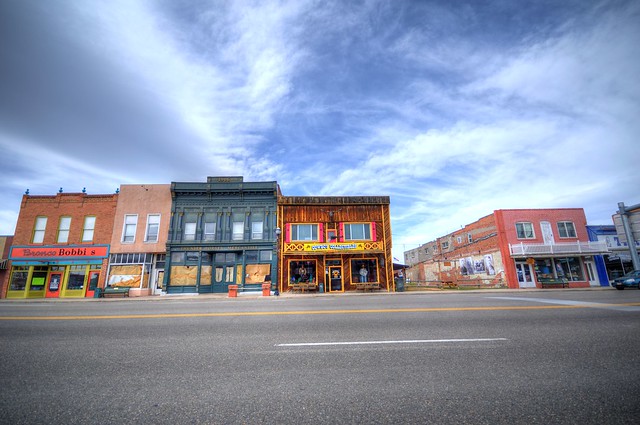 Some of the original and old heritage is showcased with the beautiful red bricks buildings and homes that were established. The pioneer settlers had already developed a brick factory. They would load their horse wagons with wood and iron rich clay that was available in plenty in that area. With the help of the wood, they would fire the kiln and make bricks. Instead of money, the workers were paid in terms of bricks. With these brick payment, they were able to build their own homes. At first, they built tall homes but with time, they shifted to shorter two storey buildings. The home designs were largely influenced by the Dutch and English cultures.

In the area, there are some log cabins as well as wooden homes which are still standing. One of them is the Alexander Cabin which is usually preserved and protected by the local residents. It is visible from the north entrance of the town as it is at the city’s park. This cabin is only open during the summer season and people get to view the ancient artifacts and also have a look at how the ancient people lived.

Every building and home has its part of history. One of the most famous homes that is located along Main Street housed a former sheriff and a legend to the community, James W. Pace. According to tales told, the sheriff’s wife, would always signal the resident of the community whenever federal agents would come to hunt down polygamists at the peak of night. She did these by placing a lamp of light by the window. When the residents saw these, all the men would go into hiding.

Another famous building, made of red bricks, that was used for plenty of purposes is known as the Bishops Storehouse. At first, this building was used as a food and clothing distribution center for the poor. Later on, this building was converted in a school room, mainly used for religious teachings, and now it is known as the Daughters of Utah Pioneers Museum. One more famous red brick building is the Social Hall. It has colorful history as it was first built for the purpose of holding major church meetings. Later on, it picked other uses such as dances, fundraiser events, gymnasium, and is now used to host the Quilt Walk play annually.

In those old days, the people raised sheeps but now, the common thing to find is cattle. Among the first branches of ZCMI was built at Panguitch.

Tourism is a serious income earner for the local economy. Panguitch is surrounded by some of the best sceneries on earth. The area has five national parks namely Bryce Canyon, Zion, Grand Canyon’s North Rim, Capital Reef and Canyonlands. Also, there are two national monuments in Panguitch: Cedar Breaks and Grand Staircase-Escalante, and also the Lake Powell found at the Glen Canyon National Recreation Area. There are also five other common recreation areas and state parks.

Visit Panguitch and become part of the locals as they relive their historical journey to the town as it is now.